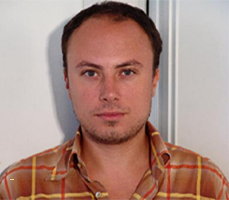 He is Associate Prof. in Telecommunication and Networking at DIMES Dept., University of Calabria, ITALY.  In October 2000 he got is Master Degree Thesis cum laude in Electrical and Computer Science Engineering at University of Calabria. During his thesis he spent nine months at C.S.E.L.T (Centro Studi e Laboratorio Telecomunicazioni) in Turin where he worked on Access Network of Telecom Operator gaining experience in the management of Network Access Server (NAS) and on the interworking and integration of multi-vendor and multiplatform infrastructures. During this period he worked also on security issues and on Authentication, Authorization and Accounting (AAA) architecture in order to offer differentiation and security at access network in Dial-up phase. His Master Degree thesis was titled “Services Differentiation at IP level in Access Network through network management policies. Reliability, functionality and interoperability analysis on multi-vendor platforms“.

In 2001 he started his Ph.D in Systems and Information Engineering at DEIS Dept., University of Calabria. He worked in this period on Wireless Systems and Mobile Ad Hoc Networks (MANETs). During this period he contributed in teaching activities as Senior Tutor of Telecommunication and Electrical Communication courses.

In March 2004 he went to Los Angeles at UCLA University where he spent 8 months at Network Research Lab. He worked on Scalable routing protocols for MANETs under the supervision of Prof. Mario Gerla. During this period he matured experience in the field of scalable routing strategies and on the position based routing for distributed systems.

In February 2005 he got his Ph.D with a thesis titled “Hybrid Location Based Routing Protocols for Scalable Wireless Ad Hoc Networks with Group Motion”. In his thesis a novel hybrid and scalable routing combining OLSR protocol in a short range communication and a geo-forwarding scheme for long distance has been proposed.

He has been also involved in many professional activities and in particular he has been TPC member of many International Conferences such as IEEE VTC, ICC, WCNC, Globecom, Med Hoc Net, SPECTS, WirelessCOM, WinSys and reviewer in many journals such as IEEE Communication Letters, JSAC, IEEE Trans.on Vehicular Technology, Computer Communication, Eurasip JWCN, WINET etc. In September 2007 he become Assistant Professor at DEIS Dept., University of Calabria, where he teaches Telecommunication Systems, Designing of Advance Cellular Networks and Radiomobile Networks II. He is now Associate Prof. in Telecommunication and Networking at DIMES Dept., University of Calabria.

The pervasive presence of mobile personal devices with communication and […]

News from the world